Singular value decomposition is used to reduce a dataset containing a large number of values to a dataset with significantly fewer values. This reduced dataset will still contain a large fraction of the variability present in the original data. It is used to extract and untangle information, like PCA.

A matrix A is diagonalizable if we can rewrite it as a product A=IDI−1, where I is an invertible matrix (and thus I−1 exists) and D is a diagonal matrix (where all off-diagonal elements are zero).

Since I is invertible, P it must be square; hence, it really only makes sense for square matrices.

Another useful note is that if A=IDI−1, then AI=ID. Let’s define I through its columns ai and D via its diagonal entries, we can consider the columns of I separately from each other, the columns of I must be the eigenvectors of A and the values on the diagonal must be eigenvalues of A.

Given an m×n matrix A with m > n, A can be factorized by SVD into three matrices:

– U is an m × n orthogonal matrix that satisfies UT U = In,
– S is a n×n diagonal matrix,
– V isann×northogonalmatrixsatisfyingVVT =VTV =In,

The SVD is a thoroughly useful decomposition, useful for a whole ton of stuff. I’d like to quickly provide you with some examples, just to show you a small glimpse of what this can be used for in computer science, math, and other disciplines.

One application of the SVD is data compression. Consider some matrix A with rank five hundred; that is, the columns of this matrix span a 500-dimensional space. Encoding this matrix on a computer is going to take quite a lot of memory! We might be interested in approximating this matrix with one of lower rank – how close can we get to this matrix if we only approximate it as a matrix with rank one hundred, so that we only have to store a hundred columns? What if we use a matrix of rank twenty? Can we summarize all of the information in this very dense, 500-rank matrix with only a rank twenty matrix?

It turns out that you can prove that taking the n largest singular values A, replacing the rest with zero (to form Σ′), and recomputing UΣ′VT gives you the provably-best n-rank approximation to the matrix. Not only that, but the total of the first n singular values divided by the sum of all the singular values is the percentage of “information” that those singular values contain. If we want to keep 90% of the information, we just need to compute sums of singular values until we reach 90% of the sum, and discard the rest of the singular values. This yields a quick and dirty compression algorithm for matrices – take the SVD, drop all but a few singular values, and then recompute the approximated matrix. Since we only need to store the columns of U and V that actually get used (many get dropped since we set elements on the diagonal of Σ to zero), we greatly reduce the memory usage.
Here’s a tiger: 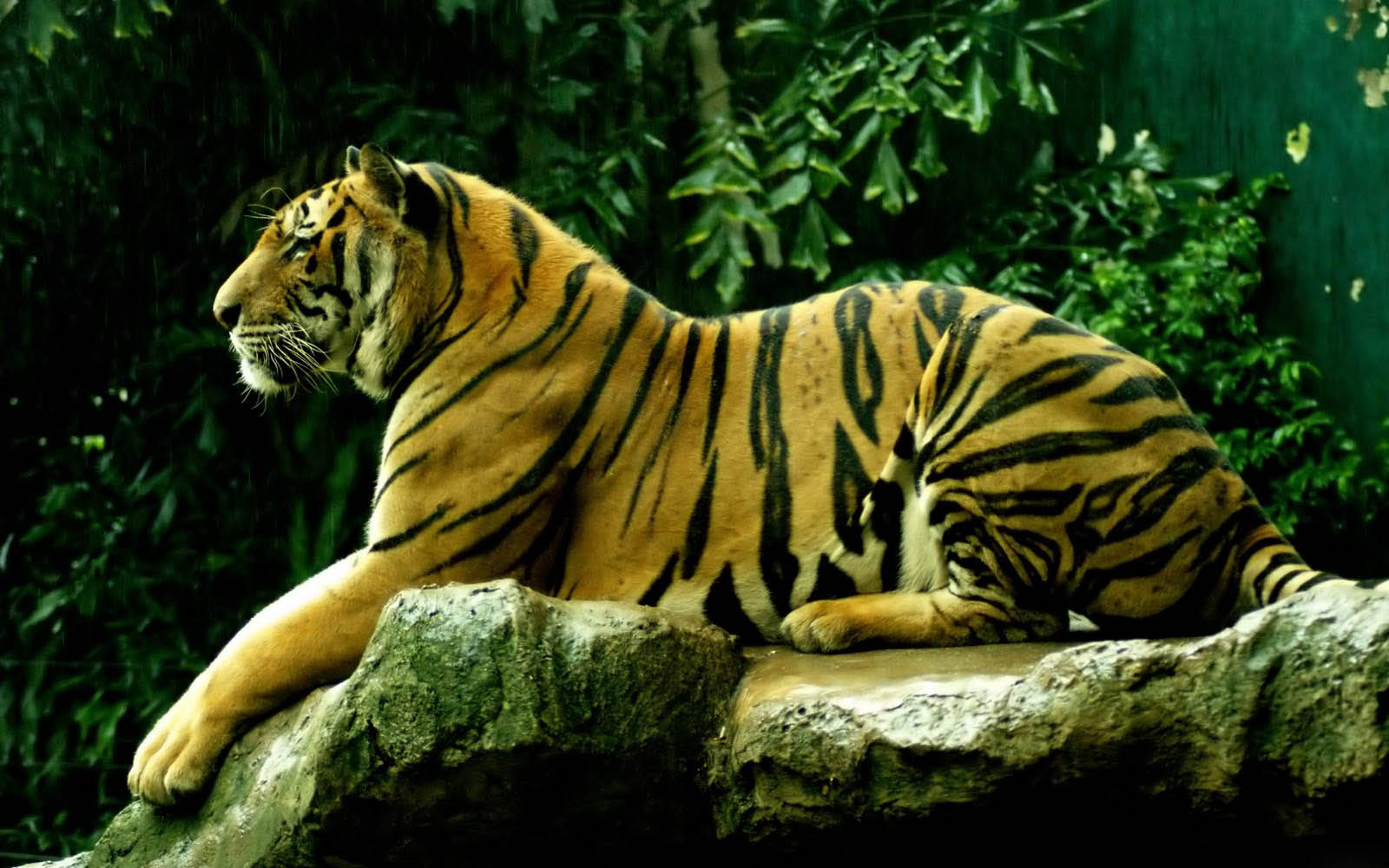 We can convert this tiger to black and white, and then just treat this tiger as a matrix, where each element is the pixel intensity at the relevant location. Here are the singular values of this tiger: 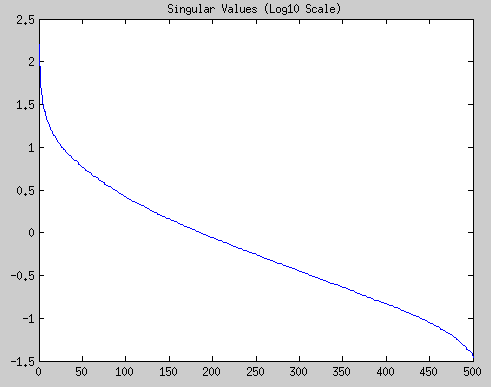 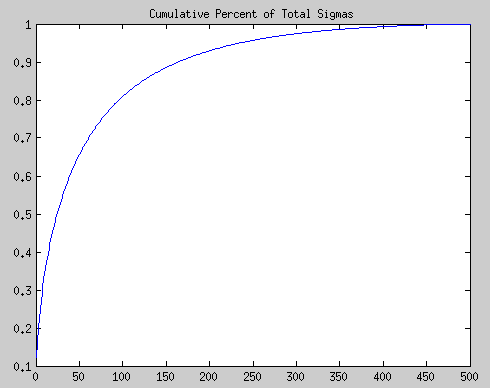 After just fifty of the singular values, we already have over 70% of the information contained in this tiger! Finally, let’s take some approximations and plot a few approximate tigers: 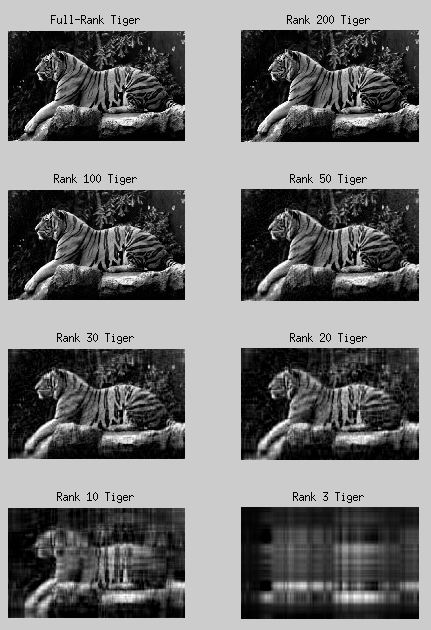 Note that after about thirty or fifty components, adding more singular values doesn’t visually seem to improve image quality. By a quick application of SVD, you’ve just compressed a 500×800 pixel image into a 50×500 matrix (for U), 50 singular values, and a 800×50 matrix (for V).

The MATLAB code for generating these is incredibly straight-forward, as follows below.
Low-Rank Matrix Approximation Image Compression

Shoot any questions you have in Linkedin Comments! (or here)